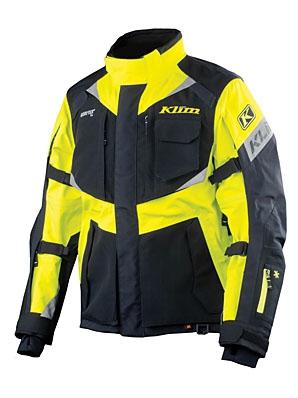 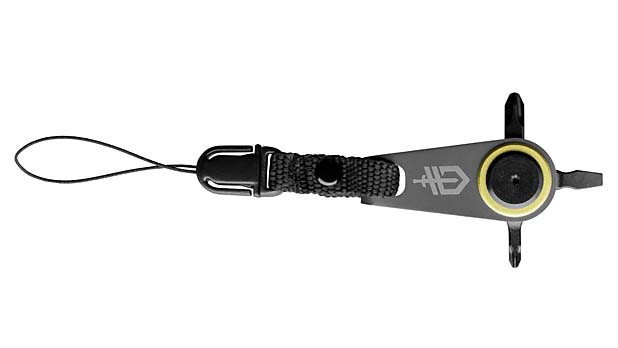 For all their merits, multitools can be pocket-stretching space stealers. The four stainless-steel instruments in Gerber's GDC Zip Tools – from a bike-tightening hex-wrench set to a sharp, seat belt-slicing hook knife – clip on key chains or zipper pulls, so you can carry the only tool you need. [From $11; gerbergear.com[4]][3] 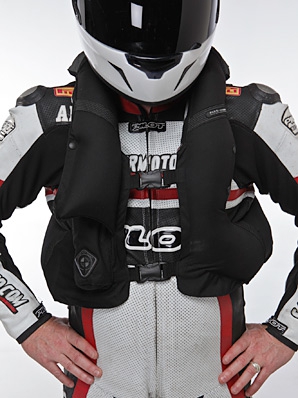 In the unlikely event of ejection from a fast-moving motorcycle, the split-second before impact is the only thing separating you from (we hope) stomping away in anger – or if fortune frowns upon you, an unplanned visit to your local emergency room.

Deep-pocketed gear manufacturers like Alpinestars[3] and Dainese have engineered complex, GPS- and accelerometer-based solutions which instantly inflate airbags to avoid collarbone fractures. Those tech-laden suits perform remarkably well, though we recently came across an airbag system that takes a decidedly low-tech approach to crash protection – one that just may be crazy enough to work.

Using a tether that attaches the rider to the bike, SaferMoto packs a CO2 cartridge into a jacket or vest that's linked to a trigger designed to deploy its contents in about 250 milliseconds – slower than the pricey full-body systems, but still quick enough to react in time to protect the rider, according to SaferMoto CEO Alan Cunningham.

During our planned detachment test while standing safely next to a motorcycle, we heard a BB-gun-like poof and felt an instant puffing of the neck and spine areas, which sustained a stiff, constricting grasp for several seconds before the internal polyurethane bladder was finally ready for collapse. Incidentally, the attachment point on the bike requires a serious tug to separate, in the interest of avoiding unintended Michelin man impersonations.

SaferMoto runs between $350 and $500, and has attracted a following among riders like this knee-dragging fellow[4], who took a slide on a racetrack without effect.

We can't personally confirm or deny whether this safety device operates as advertised – and as with all things crash related, we hope to never find out. But for a relatively affordable piece of equipment that offers a decent chance of reducing injury, the SaferMoto seems to be worth every penny of its sub-$500 price. [$350-$500; safermoto.com[5]] 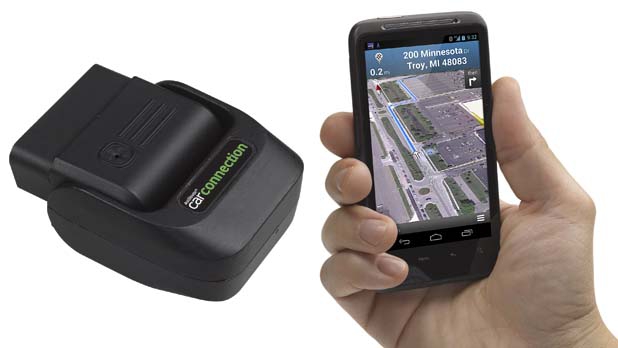 If you'd love to have some of those fancy new connected car services, such as knowing where your vehicle is at all times, but don't have $40K for a new set of wheels, then you're in luck. Now there are two gadgets that you can plug into the OBD-II (On-Board Diagnostic System) port[3] of any car built since 1996 and get tracking and vehicle status details on your smart phone (via apps for iOS and Android, of course).

The $170 Car Connection from Audiovox[4] (pictured) and the $250 Vehicle Diagnostics by Delphi[5] perform similar functions. If you want to follow the whereabouts of a loved one driving your car (not that we'd ever do that), these devices will send you alerts when the vehicle strays out of a particular area – so-called geofencing – or allow you to follow it live online via each company's respective website. Better still, these devices will text you should some unauthorized individual decide to liberate – or tow – your vehicle. Nanny features also sends you "excessive speed" e-mail warnings whenever your car exceeds 75 mph (again, not that we'd ever do such a thing). The devices also mark where you parked the car, so you and your wheels can be reunited.

Available from Verizon Wireless, the Delphi unit costs $249.99, but includes two years of service in the price ($5 a month thereafter); Audiovox is less expensive up front, but then requires a monthly $9.95 subscription, plus a one-time $19.95 activation fee, so over the course of two years, it's actually the more expensive (by $178.75) option. A less expensive option called Automatic Link is slated to appear later this summer. It's just $70 and doesn't require a subscription. However, the only way for it to track your car is via a Bluetooth-connected iPhone 4S or 5, which of course won't do you any good if someone else has absconded with your vehicle, rendering it almost pointless. For this reason, we think the $250 you would spend on Vehicle Diagnostics by Delphi is the best way to go for the DIY connected car upgrade. [$250, verizonwireless.com[7]][6]